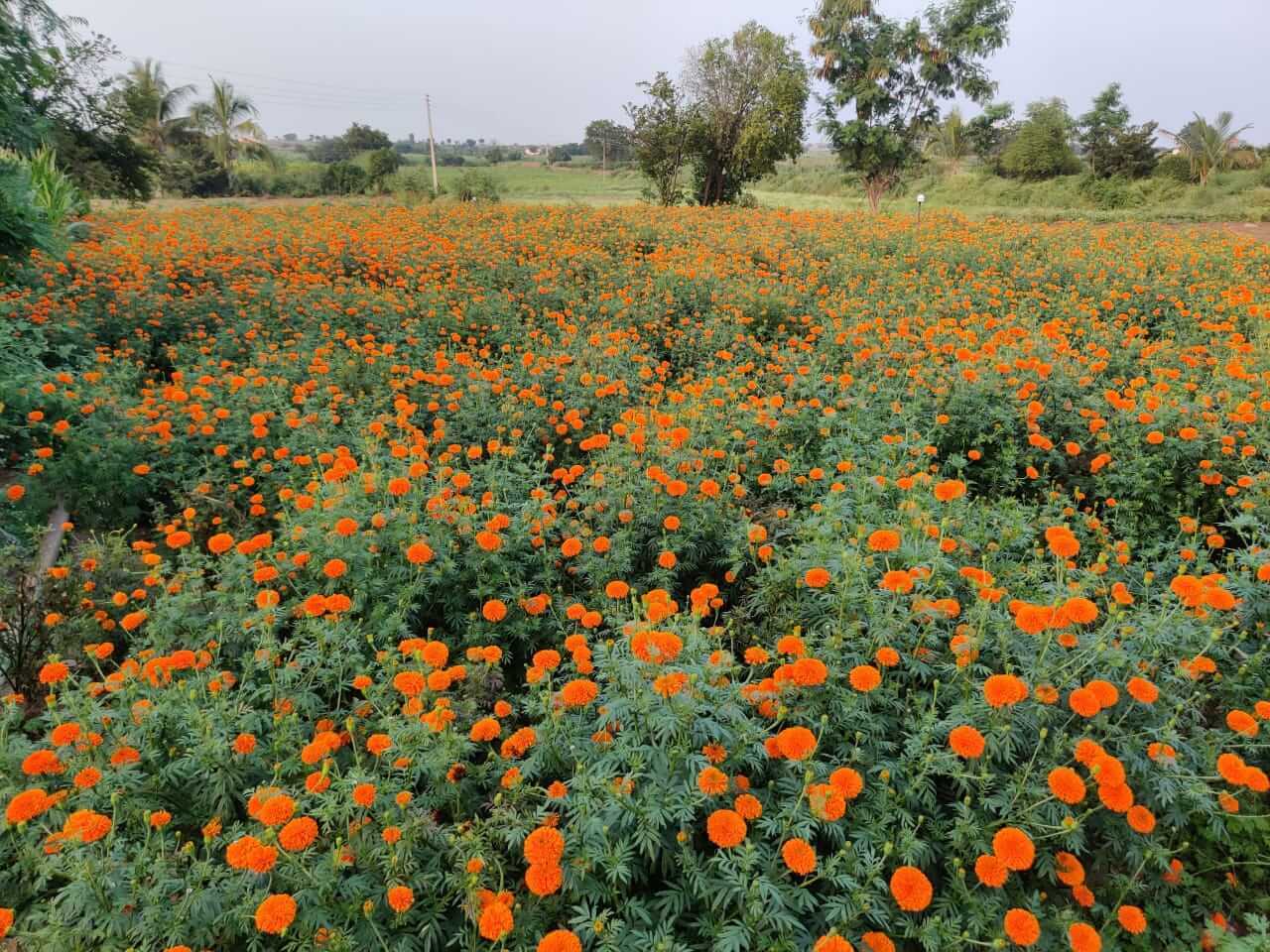 There is growing evidence that agroecological farming systems help set off carbon footprint, support biodiversity, rebuild the quality of soils, sustain yields, and provide a basis for sustainable incomes and secure livelihoods.

More and more farmers around the world are turning away from chemical-intensive single-crop farming in favour of production methods based on diversity, using locally produced compost, manure, pesticides, insecticides and ecosystem services. This kind of “agroecological” farming has seen a revival in recent years as a response to the variety of challenges faced by farmers across the globe.

One such example of an agroecologically innovative farmer is our own farmer beneficiary Sandeep Narayan Jamjade from Jalochi Village, Baramati, Pune who started his farming venture not a long ago

Early on in his journey, his association with SankalpTaru helped him rescue his livelihood which was facing a real crisis due to his main cultivation of maize being repeatedly invaded by weed and termites. Also, to add to it the thin and nutritionally challenged soil wasn’t helping much in giving him a sustainable yield.

Our team extended a helping hand by planting 600 high quality fruit bearing saplings of Guava and Mango on his land, ensuring 100% survival rate for these trees by replacing any tree affected due to unfavourable climatic or soil conditions. With the help of additional income coming along from his newly established mini fruit orchard, he gradually started to raise the standards of his livelihood and learn ways to optimally manage the resources at hand with his 2.5-acre land. For this he says he will be lifelong thankful to SankalpTaru.

Gaining confidence from his improved economic conditions, he started with planting vegetables like brinjal and chilly and then added fruit trees of Custard Apple, Coconut, Grapes, Sapota, Pomegranate, Papaya to scale up his profits.

In order to replenish the lost levels of nitrogen, depleted by the cultivation of other crops, he planted peanuts as a cover crop that fertilized the soil by fixing nitrogen from the air, with the help of bacteria living in their root systems.

Eventually, he brought in dairy cows and started cultivating pasture plants such as alfalfa also known as Lucerne, a protein rich leguminous plant to feed his cattles. This helped him run his dairy farm with low-cost input to raise his feedstock, further promoting his income.

Concerned about the quality of the soil, he has avoided the use of chemical pesticides since the beginning, instead he uses organic pesticides made up of tinctures of medicinal plants such as ‘Dashparni Ark’. It is a broad-spectrum pesticide and can be used on a wide variety of indigenous crops, fruits and vegetables bearing plants. Due to the pungent aroma of this ark, the worms and insects are diverted away from the plants.

Another interesting example of greennovative technique that he incorporated to save his produce is via the technology of ‘Push and Pull’. This is done using flowers like Marigold or Chrysanthemums to pull the weeds and pests away from the main crops and Elephant grass is used to pull these pests towards them.

He also used manure from his cattle and an organically made liquid solution known as ‘Jeevamrut slurry’ which is considered to be an excellent source of natural carbon biomass, phosphorous, potassium, nitrogen and a lot of other micronutrients required for organic farming and gardening.

His practices have been spreading awareness to so many local farmers in his region, the benefits of agroecology that has been strengthening the sustainability of all parts of the food system, from the seed and soil, to the table including ecological knowledge and economic viability.

SankalpTaru Blog is an initiative to bring nature-based experiential learning to the green enthusiasts. We have put together curated content for people from all backgrounds to take more control of their learning for creating a sustainable lifestyle for themselves and inspiring others to do the same. This knowledge-based portal is designed to meet you where you are, whether a farmer, student, or professional. From creative ideas of setting up small-scale farming and gardening projects to interesting articles of green innovations and technology to inspiring stories of our farmer-beneficiaries, this blog will have it all to help you explore the symbiosis between nature and technology.

And because SankalpTaru is a living embodiment of “By the people, for the people”, your literary contribution will be highly appreciated. If you are interested to be a guest blogger, please do send your content entries to wishy@sankalptaru.org and let the world know your noble thoughts.