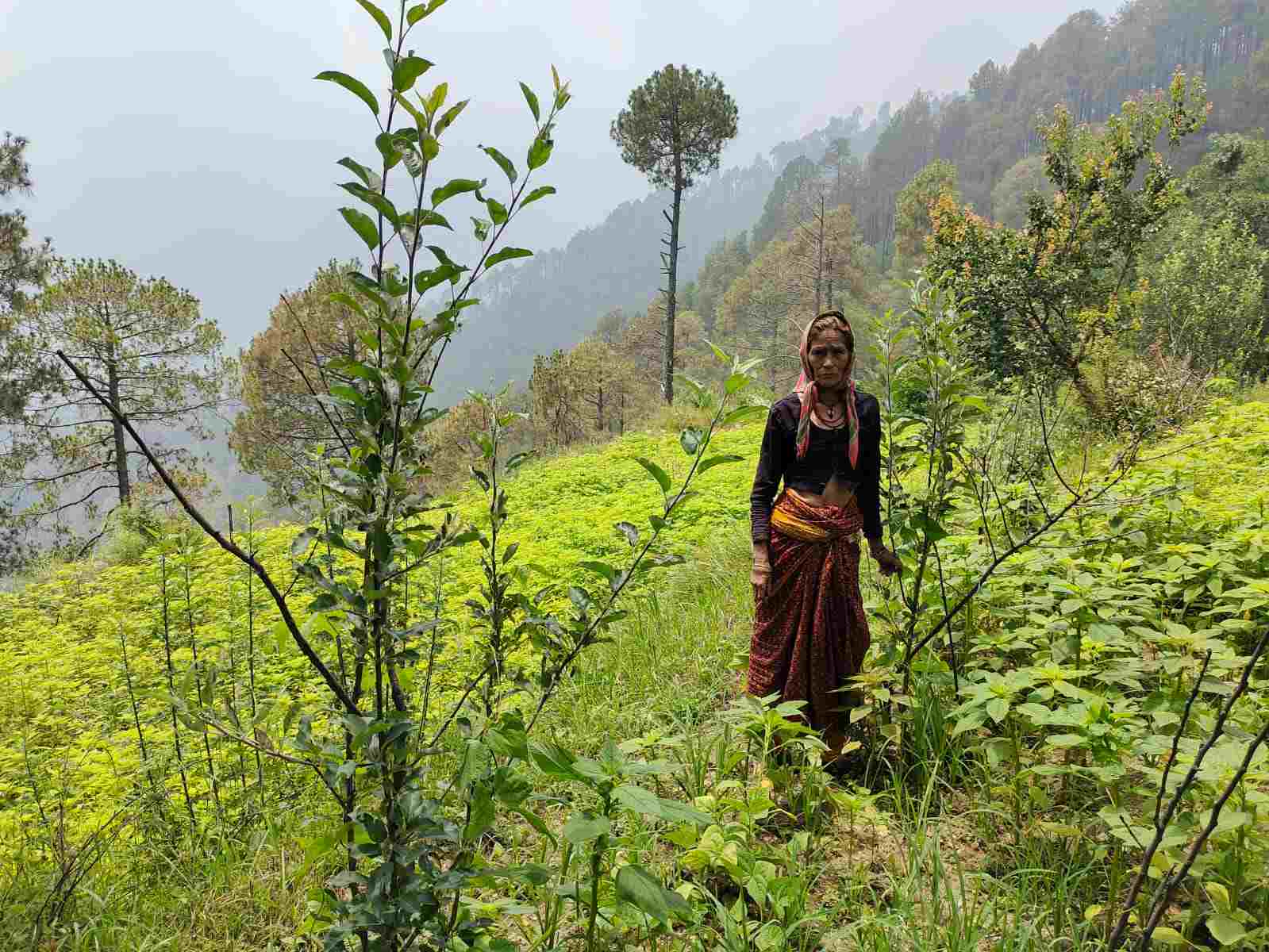 60 year old Premvati from Thauldar village of district Tehri, Uttarakhand is an example of an ageless, timeless woman who kept her inner child intact in her heart!!

Living off grid, in the isolated areas of Tehri, her family used to face tough times arranging for water supply for cultivation of plants in their half hectare land. Also, the wild monkeys used to attack their farm, desolating all the yield they could afford to grow. In order to get rid of the attacks of the wild animals, her husband decided to cover the field with an electrical fence. Sadly, this fence became the reason for Premvati’s handicapped arm when during one night she went to the field and accidently touched the fence. Her husband also could now barely take care of the field due to his old age and chronic illness. But she never lost hope and her hope found us.

Team of SankalpTaru decided to lend her a helping hand to encourage her lofty intentions of self-sufficiency and planted 200 trees of apple, khumani and pulam, circumpassing her entire field in 2019. A water tank was built in by our team to supply water to the trees that would stabilize the future income of her family. And while the tank was made fully functional, our team gave them water service from 10-15 kms away from their place. Two years later, Premvati’s farm has plenty of fruits whose trees she raised single handedly, with lots of courage in her heart and a smile that can melt hearts!!

We are proud of her and all other women beneficiaries like her who don’t allow any challenges to mould their fate for anything but triumph!!