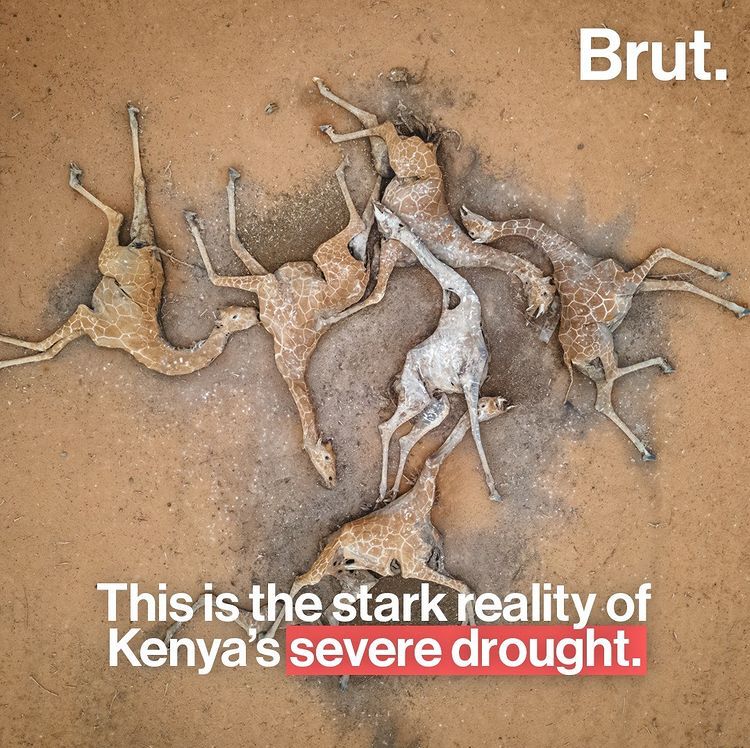 Traversing through Instagram stories, I saw this story of African Giraffes lying on ground and it was written ‘African drought led to death of Giraffes’. I was so numb that I had to go back to the source of information and read the story again in full detail.

These giraffes were drinking water in a muddy area where the level of water had gone down due to no rain and the evaporation was so fast that their feet got stuck. Already dehydrated and malnourished, they were unable to move and thus died on the spot.

So, what was their fault? What is the fault of other flora and fauna that are being punished for the deeds of humans?

We want to reach one point to the other in half the time and hence either cutting trees to expand roads or bringing more and more automobiles is the step we are taking, thus generating enormous amounts of carbon which is causing global warming and ultimately climate change. It was predicted way back by the scientists that we had to put emergency brakes to stop the warming of the Earth and protect these species. However, we overheard these issues and now not only we humans, but other species are too suffering because of our stubbornness. Mass extinctions, uncontrolled climate wraths, North Atlantic garbage patch, melting of polar ice, thinning of ozone layer are all credited to human activities.

Is there anything can we do as an individual in sharing this planet, not only with other species but also with our future generations? Yes, we certainly can.

We can start this journey of ‘caring before sharing’ by taking a resolution to adopt anyone of the sustainable habits this year, for example, planting trees for your families and friends on their special day or taking a cloth bag while going for grocery shopping to avoid plastics or walking to your near market instead of taking out a car or pooling for going to office.

Therefore, in the season of resolutions, let us take a pledge and take a step towards making this planet a better place to live for EVERYONE!